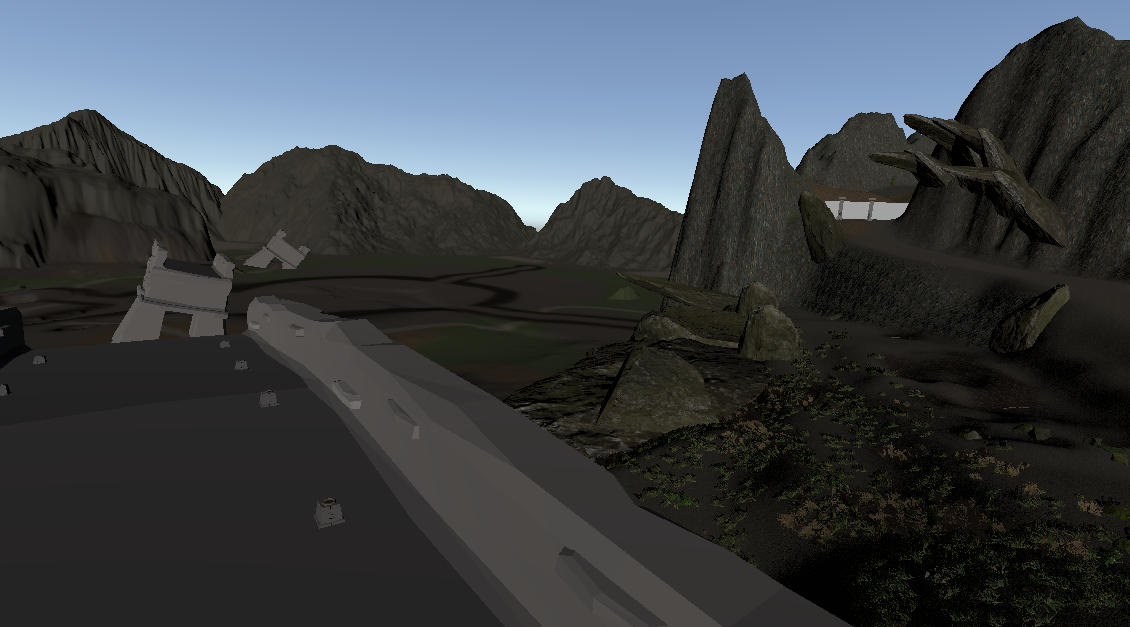 The World of “Awaken, Guardian” has been corrupted and contorted beyond recognition. Tainted by a strange curse that seems to grant Immortality by will. Worse over, some beings, monsters really, become so corrupted and empowered by this darkness that their presence serves to drag down everyone and everything around them. Cursing countless beings into shambling distorted figments of themselves, broken and shattered under the weight of their eternal life.

Some areas of the land remain stable, rich, and lively. However, other places shift and change in a constant flux. Some are fetid lost lands, completely unlike their former majesty.

Some still remain in this world. The severe military might of the Mahih people keeps them strong and unified in the face of this darkness. The spirits of the elder animals stand in watch, spectators to the churning world. The nomadic Vaki tribes, who live long and thrive off modest means.

Against all odds natural life still remains. Bound to the order of life and death they know no other way. 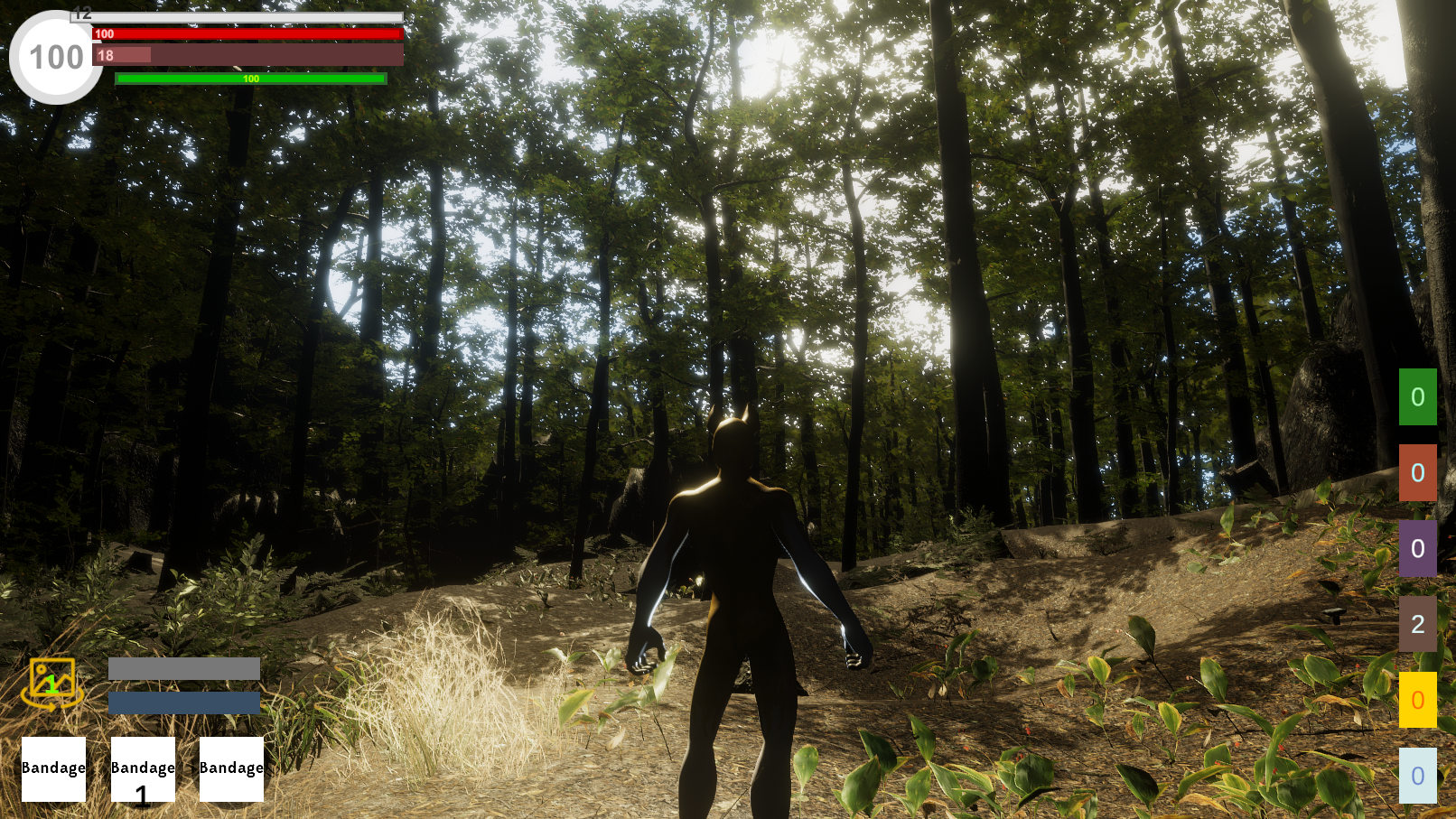 Every era a Guardian is born to this world, blessed with the golden eyes of the immortals. They are tasked to preserve the well being of the Vorku people, to deliver resources for them to thrive and grow, and to quell the dark beings dominating the land and regain their homeland, Nika Garden.

The Guardian is in the peak of health, standing strong, agile, skilled, and smart. Bolstered by the guidance of their ancestors, the Guardians graced by their own death, the Guardian can tap into knowledge and memories held for eternity to guide all that come after.

Guardians are masters of Hunting and Gathering, having strong proficient knowledge of the resources found throughout, as well as mastery over any tool they may need to use.

The Guardians are also gifted with a strong spiritual power. Their command and discipline over their own spiritual force allows them to convene with all spirits in the world; extract the essence of resources; and tap into the latent power held within objects, loosing powerful forces in the heat of combat or to meet the challenges of the world itself.

Essences the Foundation of Existence

Herbal essence is the core of all Floral life. The lush growth and green that permeates the world. It contributes to the herbs that make your tea, the roots that feed you, the extracts that cure ailments.

Animal Essence is flesh and blood, sinew, muscle, bone. All that stands to grant life to beings, or the remnants that remain long after a life has passed. ANI contributes the strong leather that binds and protects, the food that strengthens and emboldens the hunter, a mothers milk. Existence would be missing a great deal without ANI.

As important as the lush growth of Herbal Essence is the Bile Essence, decay. All that sprouts forth, that rises up, must return to the land. Thick concentrates that keep the body moving, that protect your skin from the elements, the oils that keep a lamp burning deep into the night. The extracts and substances used to preserve and protect foods and tinctures, or the substances that expedite the onset of decay nourishing the invisible organisms. This is the power and importance of BILE.

ERTH is the foundational essence of everything in existence. It stands strong, lasts long, and withstands the greatest forces. It is the wood that holds your home up, the rock in the mountains, the steel in your blade. Even bone is made strong by ERTH. It is the lava the contains fire, it is the coals that hold an ember, it is the moon in the sky, the weight that holds your body down.

The core of all rarities. Exotic Essence plays a part in the unique and special aspects of the world. From a special born, to an item crafted with masterful care. Even special circumstances, like a one in a million chance, attribute to the Exotic Essence.

Spirit Essence, the essence that binds the physical world to the spiritual plane. The intangible forces that play in this world are that of the spirit essence. Love, a fond memory, a special gift, all that stirs your spirit comes from this column of the essence of existence.

The Story Spelled Out

Sorry no nuance or mystique…

The only real Guardian.

Mother was the first Guardian, leader of Nika City and the one who faced the onset of the corruption. She set forth to find a way to eradicate this curse before it bled into Nika City and doomed her people as it was dooming all around.

She was a smart leader, relying on the skills and insights of all her greatest citizens. However, many did not survive the process of unearthing the truth of the corruption. Worse than death though, was that some befell the curse during their expeditions.

Eventually, Mother too was cursed. Her journey to purge the evil soon spanned lifetimes as it permeated the lands, eroding through her will and mind. She scoured every culture, every ruins, every faith in order to find a means to escape the curse on herself and her people.

When finally, one day, she seemingly snapped. She returned to Nika City and meticulously killed everyone, devouring everyone through a dark ritual.

This is the major strokes throughout the narrative, leading you to believe that Mother failed in her journey and became mad from her eternal life.

The truth however, is that she was unable to find any way to thwart the corruption. Instead, she learned of a dark ritual that allowed one to consume the souls of others and bind them within their own spirit. With no other options left, Mother consumed the souls of the Vorku, extinguishing her people but protecting them from the agony of the eternity she was forced to face.

This was an endless time ago, now only she remains, a twisted and distorted monster sealed away in the Inner Sanctum. All guardians after, the crone, and any Vorku guides that traverse the land are projections of those spirits bound within her. They are safe from the curse of immortality as they remain within her.

All guardians after are simply souls of the Nikans now granted a form that matches Mothers strength and power.

Like all face in the delirium of perpetual existence, much of the story was known at a time. But after aeons and aeons of time, even the closest involved have forgotten a time unlike what the player faces in the world.

The Crone, the narrative voice and guide in your journey, was advisor to Mother and took part in deciding to enact the culling of Nika Village. She remains strong, acting as guide to all the guardians who come and pass. She however, is unable to remember all and regains insights as you, the player, unearth the narrative through your journeys. As she remembers, she contributes context and depth to the more shallow introductions we may give with, say, a boss to an area.

The Martyrs of Nika are the various people who helped in trying to prevent the corruption of meeting the Nikans. One of which was a scholar who investigated and researched the dark rituals that drove the culling of Nika City. He still remains, entombed in the ruins where the ritual was found.

The Memories. Throughout the world; either at story moments, or simply triggered in areas; are personal experiences lived by Mother during her journey. They reveal leads, characters, and story by playing out as if it were happening in front of you. Much like the invasive memories in Bioshock.

The encounters with the Martyrs, with past Guardians, the memories, and the environment are the means to tell the main narrative of the story as you progress through the game. They speak of a coherent tale that spans the ages but in unhindered by the concept that time is passing in monolithic lengths as you live and die in the gameplay.

The forces leading you across the land.

Unlike the main narrative, each region we develop will have its own arcs. History and context to build the tone of the region, but also, characters and actors in the present time. Many of these arcs will revolve around the bosses of the land, them being immortals and causing the corruption to bleed into the regions. However, the arcs can also focus on character building; tribes and villages that survive; or other stories that are facilitated by the region and its context.

In the Mountain Forest is a natural fortress long lost to Tatakle’ah Sisters. The few people who reside there worship them not out of spiritual reverence or because they’re gods, but rather, out of fear of punishment. Eternal life gives lots of power to punishment and suffering. “Silently they see, silently they eat.”

There is a grand city where the Mahih reside. A strong military people who thrive in the current state of the world. They are broad powerful wolflike humanoids, their culture is elite and hierarchical. Because of this their kingdom is relatively untouched by the corruption. They keep things tight and in check, all citizens will defend their city with everything they’ve got. Unlike the citizens however, their ruling class have a dark secret.

There is a small nomadic tribe known as the Vaki, distant relatives of the Vorku. They are tall slender people who roam in small families, numbering 2 – 5 Vaki per pack. They are wary of strangers but rife with exotic resources and knowledge from far off lands, if you can earn their trust.

The plains are a vast land saturated with all sorts of life. From creatures that bound at great speed across its expanses, to giant insects who’s colonies have massive underground networks under the plains.

It is said that there is a massive black desert beneath the earth, dark as the void. Few have explored this place but it is said to be one of the most treacherous places in the world. Blinding dark, ambush predators, lavaflows, and more. For all it’s hostility though, the most exotic natural resources can be found here in abundance.

There is a strange call in the forest, but do not follow its song. Those who do are swallowed up by the woods and never return.

Death is a Gift

The fool is on a quest to meet his Death. You find him periodically throughout the eras and meet or rescue him. He speaks with passion and ache to meet his death. How grand it will be, how mighty the battle will be, how legendary he’ll become.

But he will never reach his objective.

Giant of the Bog

The Bog is a wet, dangerous slew. Deep within you find a massive stone head sinking into the muck. It is a lone Giant, trapped for eternity in the bog, barely holding its head above the water. Its heart stirs with fear and anger, making the bog erupt with danger and hostility. Delving into the Giants mouth sends you on a dangerous quest to sooth the poor Giants heart in the depths of the dungeon.

The Romantic falls in love with the Guardian. In order to see them again, the Romantic becomes Immortal. For Love.

Through the ages the Guardian meets her with fresh eyes, unknowing of who she is. Always reminding her she’d been forgotten. Eventually her love sours and she becomes a Wendigo Queen.

Mother and the Martyrs