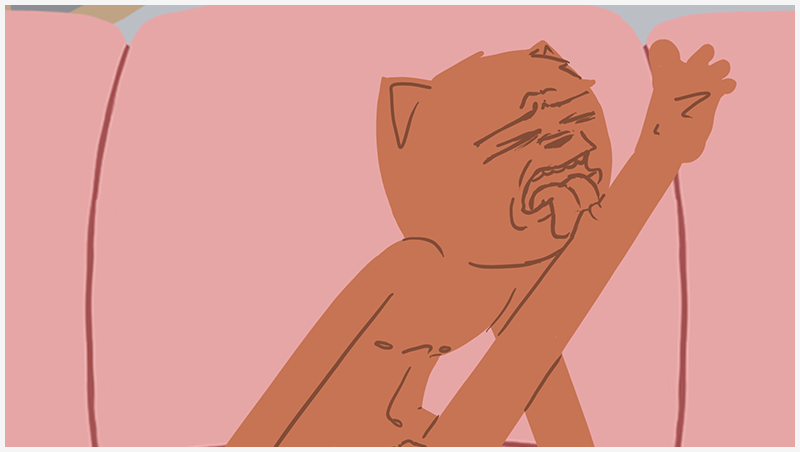 The most ambitious project in both the Get Rich Series and Genome Studios projects as a whole. The Get Rich: Animated Series is the very first project that Gaian wanted to pursue but was overcome by the scope of the project. With great persistence and a little backing, this project can easily stand above all other Genome Studios projects in reception, though it’ll come at a great time and financial risk.

The Get Rich: Animated Series is meant to be the pinnacle of the series. It was the first most intent in the creation of the Get Rich Series but still acts as the most widely appealing and far reaching medium to be presented as.

The Animated series is the project that will propel the rest of the Get Rich Series into success and recognition.

The Get Rich Series as a whole is primarily directed towards young adults ages 18-35 who enjoy American cartoons.

The content is adult and is most easily related to popular adult cartoons such as Simpsons, Family Guy, American Dad, South Park, Rick and Morty, Bob’s Burgers, and more.

The visual style, while still directed towards cartooning is not explicitly related to ‘adult’ cartoons. It takes on the closest appeal to shows like Adventure Time, Regular Show, The Amazing World of Gumball, South Park, Ren and Stimpy, Happy Tree Friends, and other more ‘cutesy’ styles of cartoons.

Its appeal to young adults is based in the tone of the premise. The main characters are adults who are struggling to get by month by month. They have decent but modest living arrangements and struggle to maintain the expense of their livelihood. The stories of each episode take part either during their work, or during their breaks from work, as most people can relate to.

The Animated Series resonates with an audience that enjoys video media on either video platforms or social media. While the series will be equipped for TV broadcast it’s likely that it will just be available online.

Not a whole lot has been developed for this project. Gaian has produced about 80% of an animated short for the series and it would be wise to complete it for release.

Furthermore, it would be good to start planning for another short. The production time means that after the release of this nearly completed one there will be a big gap even in the most ideal conditions in creating the next.

This is one of the most ambitious projects in the Genome Studios roster. Though it would be challenging and quite expensive to pursue, this project will likely yield one of the best returns for the effort.

Being animated, this series has the highest potential for social media shares and viral outreach as video content is the most successful type of content on social media platforms.

Furthermore, this series will be able to frame the range of skills available by the Genome Studios staff and show the potential for all our future projects.

Strides should be taken immediately to begin developing the methods needed to have a steady and quality output of work. Animated shorts should be rhythmically produced between or along side comic episodes.

Creating Animated content is one of the best steps towards outreach and would easily trump the use of advertising on other Get Rich content. Therefore, the investment in the Animated Series would be better than investment in promoting the Unanimated Series.

The benefits from animated content for the Get Rich Series would be unparalleled in comparison to the other projects in the Genome roster. Beyond the basic maintenance and outreach of Genome Studios, the Get Rich: Animated Series should be the highest priority.