Hello everyone! It’s been quite some time since I’ve shared an update report on what’s been going on. So welcome to the 2021 Year in Review! 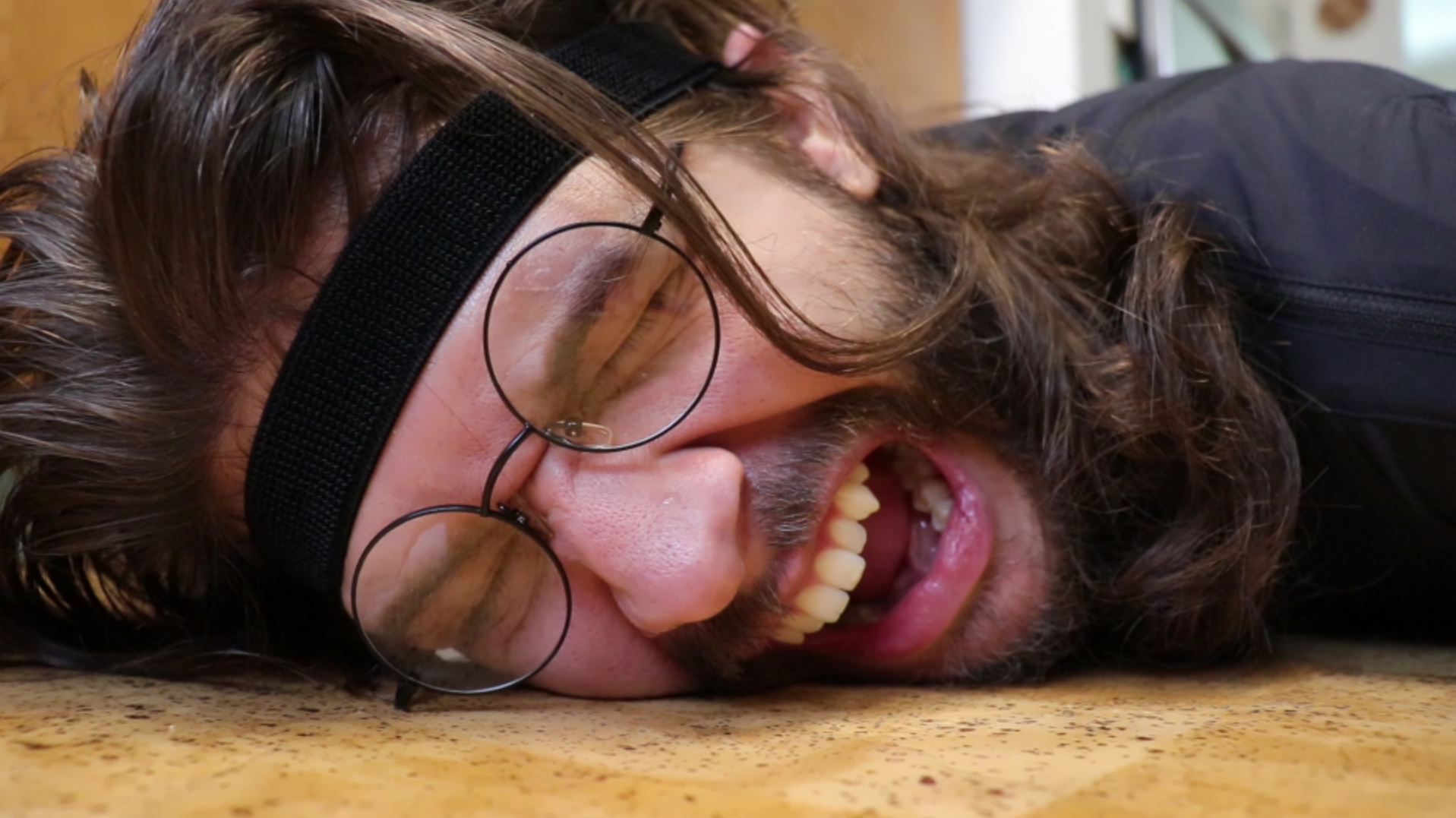 While I don’t usually care THAT much about the significance of birthdays, this has been one that I’ve put a lot of pressure on myself in regards to. Ideally, hitting 30 years old must mean you’ve amalgamated some sort of presence and standing over the years and efforts. It was a concept that had been burning a hole in my mind all year really. I’m proud to say I’ve just narrowly struck some sort of marked representation of that ideal.

Just as I was finalizing my new Patreon offerings in a push to greater realize my presence online, I managed to wrangle a dev industry job! It completely destroyed what my platform was going to be, but has been an incredibly prosperous and validating opportunity that I’m so deeply glad I took.

But lets talk about Genome! Birthdays are dumb!

Starting this November, I had soft-launched my patreon. Complete with welcome video and a comprehensive business plan moving forward. This includes the branding for “premium” Genome membership through Patreon support: Genome Infinite. As you’ve hopefully read above, with a near full time job I cannot realistically put full time into Genome Studios work. Which warrants a rewrite of my offerings.

But I’ve got a plan!
For my work job I negotiated a 4 day work week. This means that I’ll be pivoting my Genome offerings to “Genome Work Friday” Bonanzas. Essentailly dedicating myself to what progress I can garner from a full Friday work day, as well as making myself available and present all throughout that day. So come support my modest offerings and see Genome Studios work continue to move forward and expand!

Alright alright, business is just as bad as Birthdays.

Awaken Guardian has seen the most evolution since I’ve last updated you all on it. I’ve continued to share updates, progress, and builds through the Genome HUB Discord server. But lets look at some of the things that have changed.

Since last September, the most recent news on the Genome website Awaken Guardian has massively optimized and improved the general operation of the game. Beyond that I transitioned the game engine from Unity’s older offering, the Standard Render Pipeline (SRP), into it’s more modern universal engine, the Universal Render Pipeline (URP). This was a huge pain and ordeal as I struggled to secure and sure up all my tools and assets through the process. There were countless points where I was pretty well sure that I bricked the entire project. Foolishly too I hadn’t saved a version with all my edits saved so there were lingering drifting improvements around that would be lost if I screwed this stage up too badly.

Everything went well! The URP upgrade came together after a handful of heavy duty work days. Along with that upgrade came a saving/Loading persistence system to allow passage between game levels. Before this, when you’d return to areas they’d be fresh as if you hadn’t done anything there. Persistence was a HUGE upgrade to the overall presentation of AG.

Eventually, as I continued to chip away at the project I started to get a bit stagnant. The needed work kept growing, but the game experience itself was not growing at the same rate as the work. I felt I was spinning my wheels.

I ended up encountering a mentor during all this. After a fairly long critique session things basically boiled down to: “This project is too big, you’ll never complete it.” Which was devastating even though it was pretty well true from the inception of the game project. I had literally started it as a study for 3D action games with the intent that scope creep wouldn’t matter because it’s simply a study.

Well you reap what you sew… So I did what any sane person would do and had a huge crisis over it. What am I supposed to do when I turn 30 and all I have to my name is a game project that was way too big to complete and I quit? The simple answer: “Don’t do that.”

What I ended up chosing to do was a combination of doubling down (stupid Gaian) and doing a big business pivot. I opted to re-contextualize Awaken Guardian into a prologue: Awaken Guardian: Birth, an introduction to the Guardians world through the context of BEFORE they even awaken to aid the world. Caught in Mother’s Dream, unable to wake.

Things got a lot cooler a lot quicker. 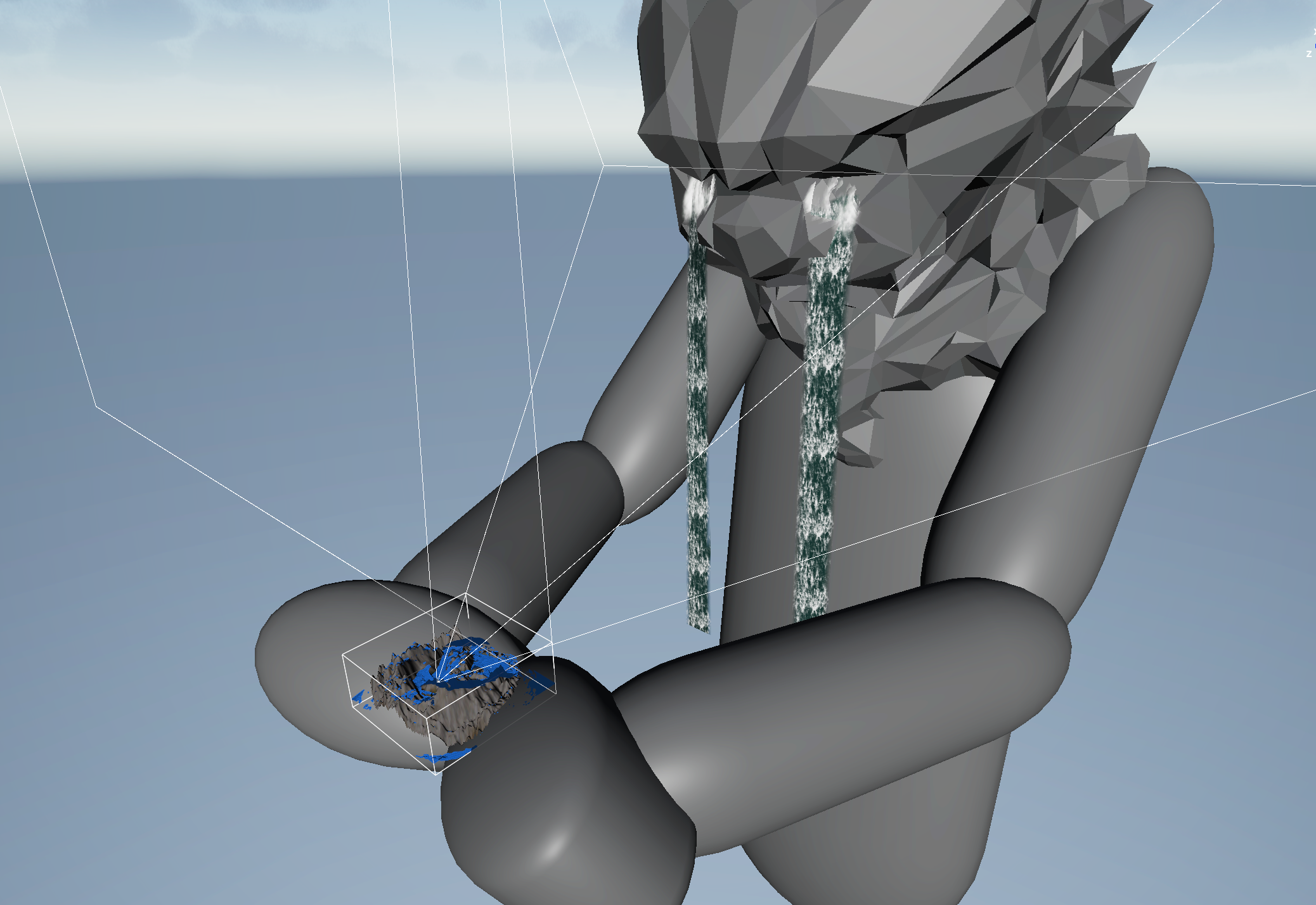 And instead of an epic massive explorative world, lets do a HUB that enters dungeons directly from home and really dig into dungeon exploration.

Then, quickly, ideas began to flow, progress started to be made again and throughout future development I always had strong context and inspiration for the additions and reworks I was bringing into the project. I now know where I am, why I’m here, and why I want to move forward. The areas have slowly expanded and become more rich, I’ve built up the crude old systems like movement, combat, inventory UI, AI, and more with a great deal of clarity and purpose towards delivering this more cohesive and intentional experience.

AG is getting juicier and cooler with each step, now more than ever.

These days I’ve managed to jostle loose some agonizingly long standing issues and bugs. Most notably was that I had a small slip up in my character movement that made it so the faster the game runs the slower they’d turn, and the more plugged and overloaded the game was running the faster you’d rotate. This made for very coarse movement values that sometimes would work other times would not. Additionally, I found out that after nearly a year of new development, I had forgotten an “Enable Rotation” event in my combat animations that allows for gradual turning amidst combat animations committing you to movement and attacking. Because of these two things AI and combat was abysmal, rigid, and… it was just awful. It’s not all the way there yet but with these two fixes I’m actually arriving to a place where I can start refining my controls and speeds and jump heights and distances and all that knowing that the underlying systems are all in line and that this polish will be consistent and reliable moving forward!

It already feels leaps better.
I’ll be pushing a new build tomorrow (Friday Dec 3rd), as part of my Patreon Monthly offerings, which includes some dev tools to allow you to really get into the guts of the player character and change all sorts of variables. It should be fun!

Jean and Some People’s Kids

So over this year I found out that I have people that actually like my Jean Arteest skits. As part of my expansion of Genome Studios offerings I decided to bring Jean into the fold. In celebration, I recently put out a new Jean skit: Reintegration. I plan to keep doling out some hot Jean content as I can!

Hot content? Did someone say SPK?
Ooooooooooh yeah I did. While this is taking a minor position relative to AG:B I’ve been slowly chipping away at work to draft out yet another pilot of SPK work. I’ve been developing a workflow where I utilize my 3D stages I had already been using for my environments, and combine them with a 3D SPK puppet. The idea being that I can use my mocap suit to draft performances with the puppet, then rotoscope animate the classic SPK cast over top, assuring that they maintain volume and presence within the 3D scene. They’ll remain as 2D cartoons like always, but hopefully with these drafting methods in place, I can more rapidly pump out small minute long skits without too much animation development inbetween.

I’ve been having a great time seeing some of this in actual application, as I’ve been stewing on this process for nearly the entire year. SPK isn’t washed up just yet. While there’s little to show, it’s only appreciating with time. When we finally do find ourselves with some hot new SPK content, it’s going to be reeal good stuff.

As part of the year in review I also wanted to make a small shoutout to the Genome site getting a clean up. I brought in the Jean project page, cleaned up a bunch of things, made links and excerpts more modern. It’s a good thing. A lot happier with the site as a whole now compared to the version it was before.

It’s been a turbulent and demanding year for all of us I’m sure. I have used the worldly pressure to focus myself and stay diligent in expanding Genome projects however I can. As you may already know, but I hope you can trust, I have no intentions of stopping any time soon. While arrangements may be different now, my desire to make things work and continue to expand and grow remains. I hope to see you all there during that growth and evolution and I’ll be deeply excited to be able to show off everything that’s in the works!